Be that as it may, why is SELLTS LIMITED so obsessed with having their products manufactured at a special factory in a foreign country, where communication and operation control difficulties are prevalent? Being an outsider, I can't help wondering whether it's possible to make the same product with the same quality here in Japan. The reason I say this is because I know Nakagawa worked for a well-known bag and accessories company in Japan, before establishing SELLTS LIMITED. Not many people know this. I would imagine it would be a lot easier for him to work with Japanese factories that know him, rather than working with overseas factories that would never do more than the task they are given. He must also experience many handicaps, such as language differences, time lag, and physical distance. Why did Nakagawa choose such an unfamiliar option, giving up all the advantages he had? There are two answers. One is the follow-the-trend spirit SELLTS LIMITED possesses, in a good sense. Nakagawa is still in his mid 40's, so he's not of the generation who were directly influenced by the legendary “Made in USA” ‘mook’ book. However, he was influenced during his impressionable youth by the trend set by stylish import shops and multi-brand shops established by the Made in USA generations.. 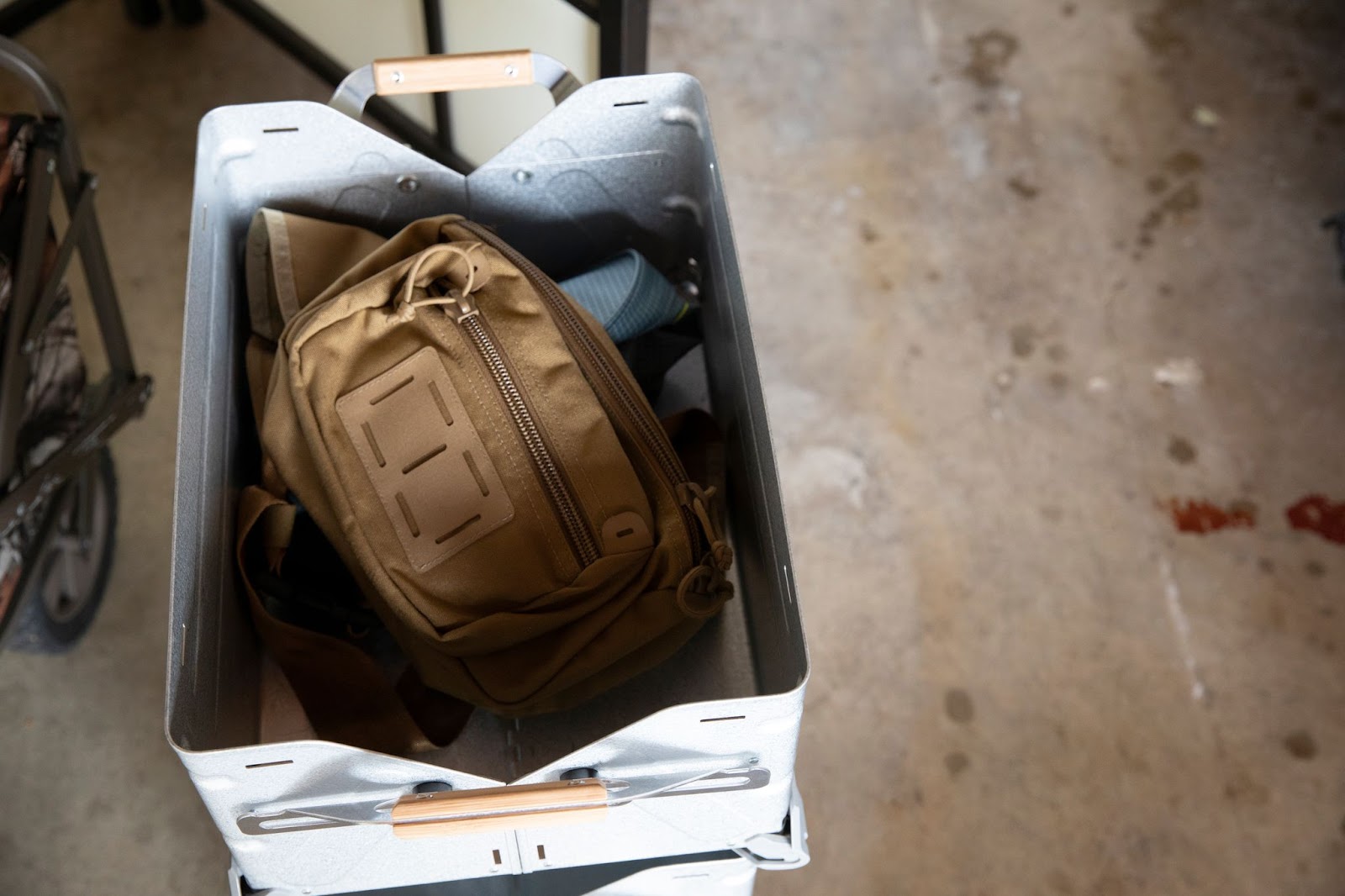 Because of this, Nakagawa also has a history of being absorbed by many things “made in the USA.” If he was to going be involved in the manufacturing business, I am sure he started to think he wanted to try manufacturing something in the USA that he so admired.This was, however, a secondary reason. As his family ran a manufacturing business and he himself had experience working in the Japanese manufacturing industry, he had to have a production base in the US as long as he wanted to launch a fashion brand that advocated being “Made in USA.” Otherwise, it would be just another imitation. Nakagawa was strongly guided by his own experience. Of course, both the market and the demand existed, large enough to ensure his new project would be a success anyway, even if he created another imitation. However, Nakagawa never assumed such customer groups and markets as business partners from the start, those which would easily be satisfied by an imitation. He'd always wanted and was planning to work with multi-brand shops, specialty shops and buyers who had an eye for fashion. Target customers included those who love new stuff and would spend money regardless of the price as long as the quality was good. On top of that, he had to start from the beginning in the US, rather than pursuing to the goal of creating an ultimate imitation that had no chance of becoming the ‘real thing.’ This was also the reason why SELLTS LIMITED became obsessed with “Made in the USA” when it launched its first original label “WRAPS,” although by that time, SELLTS LIMITED had already developed high-quality bags that were made in Japan, which impressed me a lot. No matter how much you work or how much ingenuity you apply, an imitation will never become a true Made in USA brand. This is not just a conceptual idea. 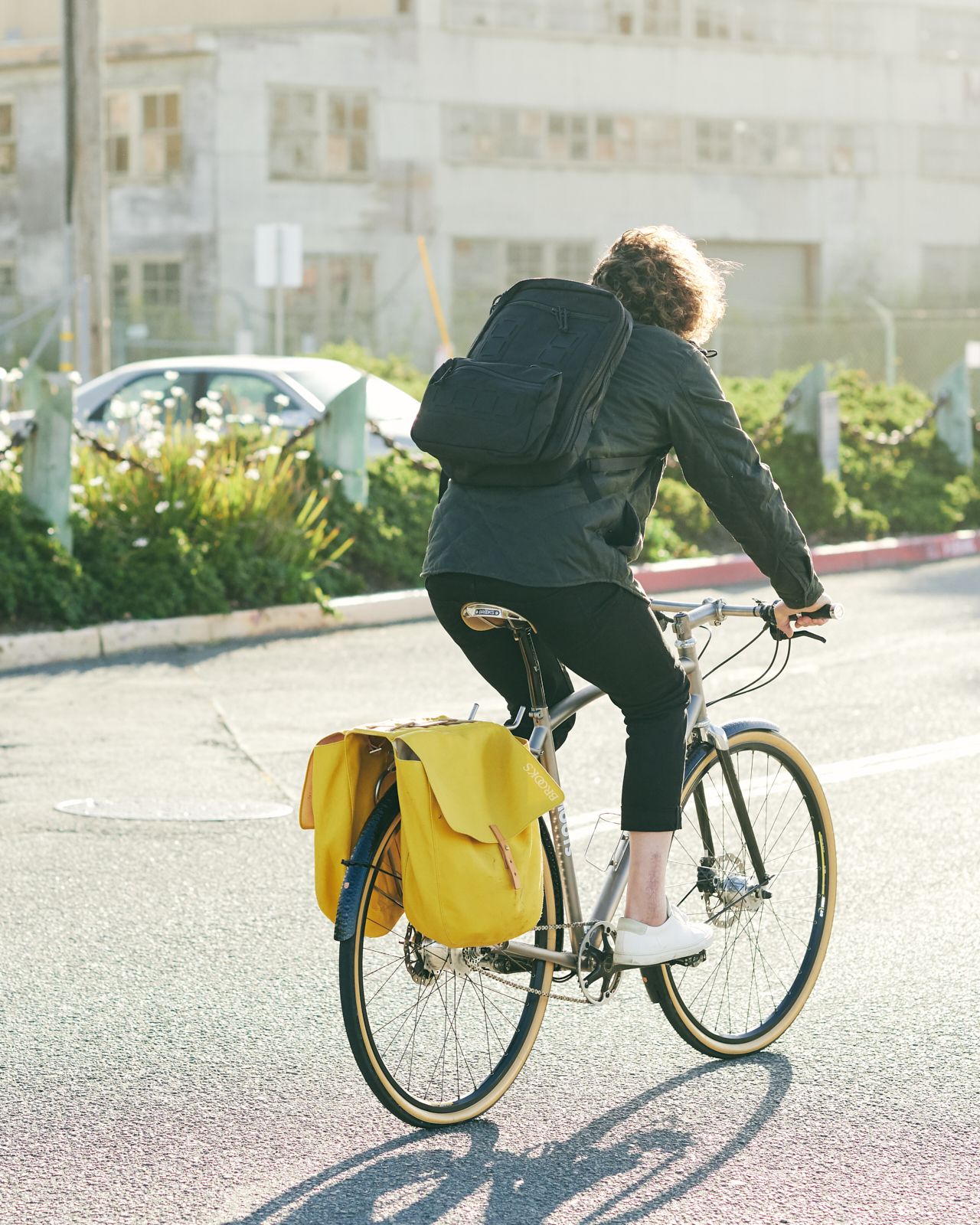 Small differences - machines, threads, materials, workers' hands, processes, specifications, climate, water, etc. - will inevitably be reflected in the final product. For example, the sewing technique in Japan is much finer and more meticulous than that in the US. Even though the sewing doesn't meet strict Japanese standards, it is accepted in the US. The stitches are also less precise and rough. Looking at it from another angle, however, it can be seen as something unique to the product. Is it too ambiguous to use the word “unique”? Allow me to explain in more detail. For example, the way we think about fabrics here is different from that in the US. While American factories focus on reducing and simplifying the sewing processes, it's more important in Japan to save fabrics and use them efficiently. Japanese factory workers don't mind if the sewing process becomes more complicated or there are more patterns to sew up. Conversely, in the US, they prefer a simpler process with fewer patterns to sew rather than saving fabrics. Naturally, the final product will be different even though the same materials are used. 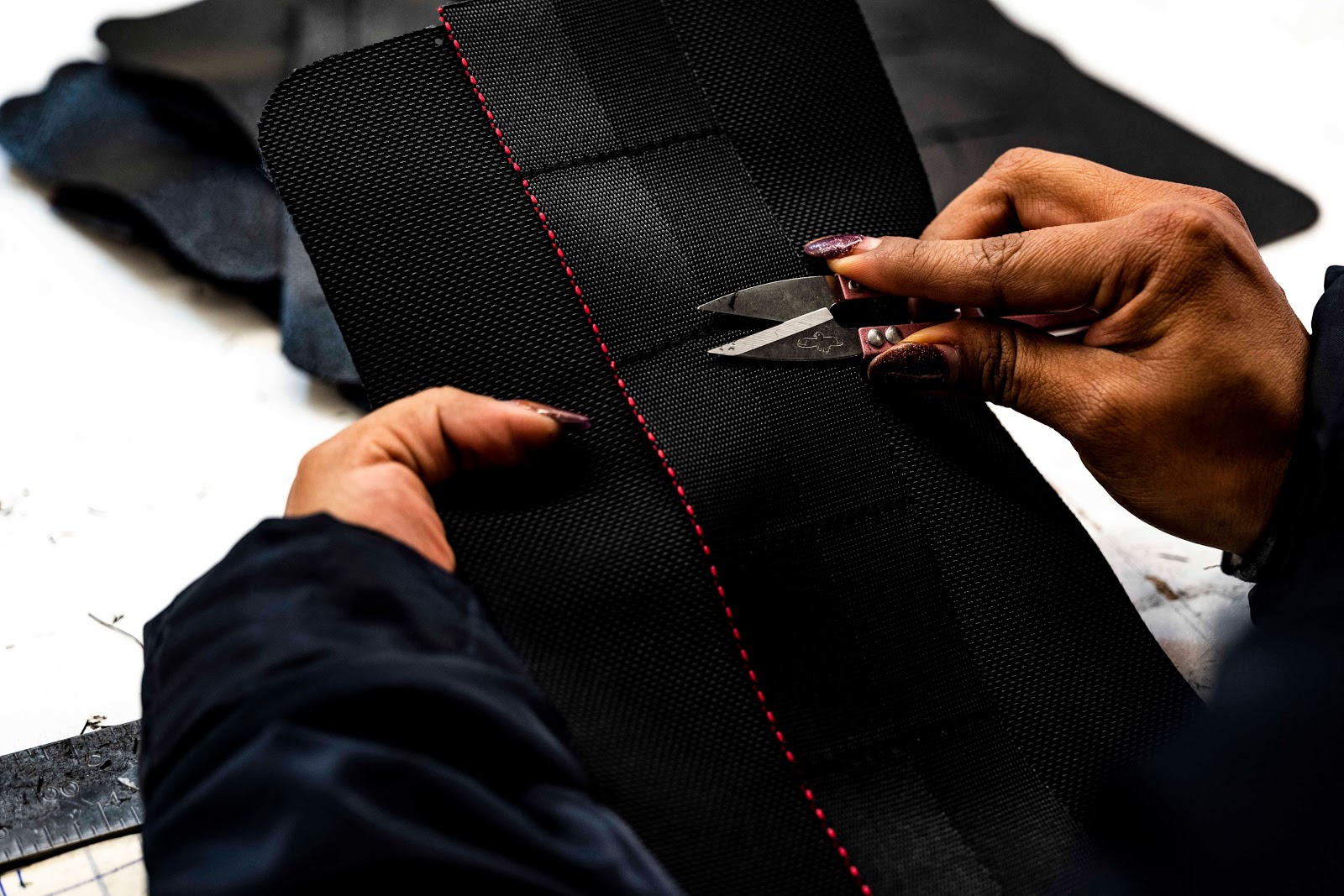 In the case of nylon fabric, the width is different due to the size of the weaving machines. This leads to a difference in the margin width for a seam or cuff width of grosgrain tape for reinforcement, eventually creating a crucial gap in the final finish and nuance, sometimes even affecting the functions of the final product. If the product is made simple with sturdy fabric, frays and tears can be reduced because there are fewer sewing patterns. L.L. Bean tote bags, which can even carry ice and water, were developed from this American mentality and culture. According to Mr. Kosuzume, he had a really hard time trying to replace Japanese specifications with the way American factories think and sew. American and Japanese manufacturing processes are similar but different, which would eventually be reflected in the final product and become part of its character. 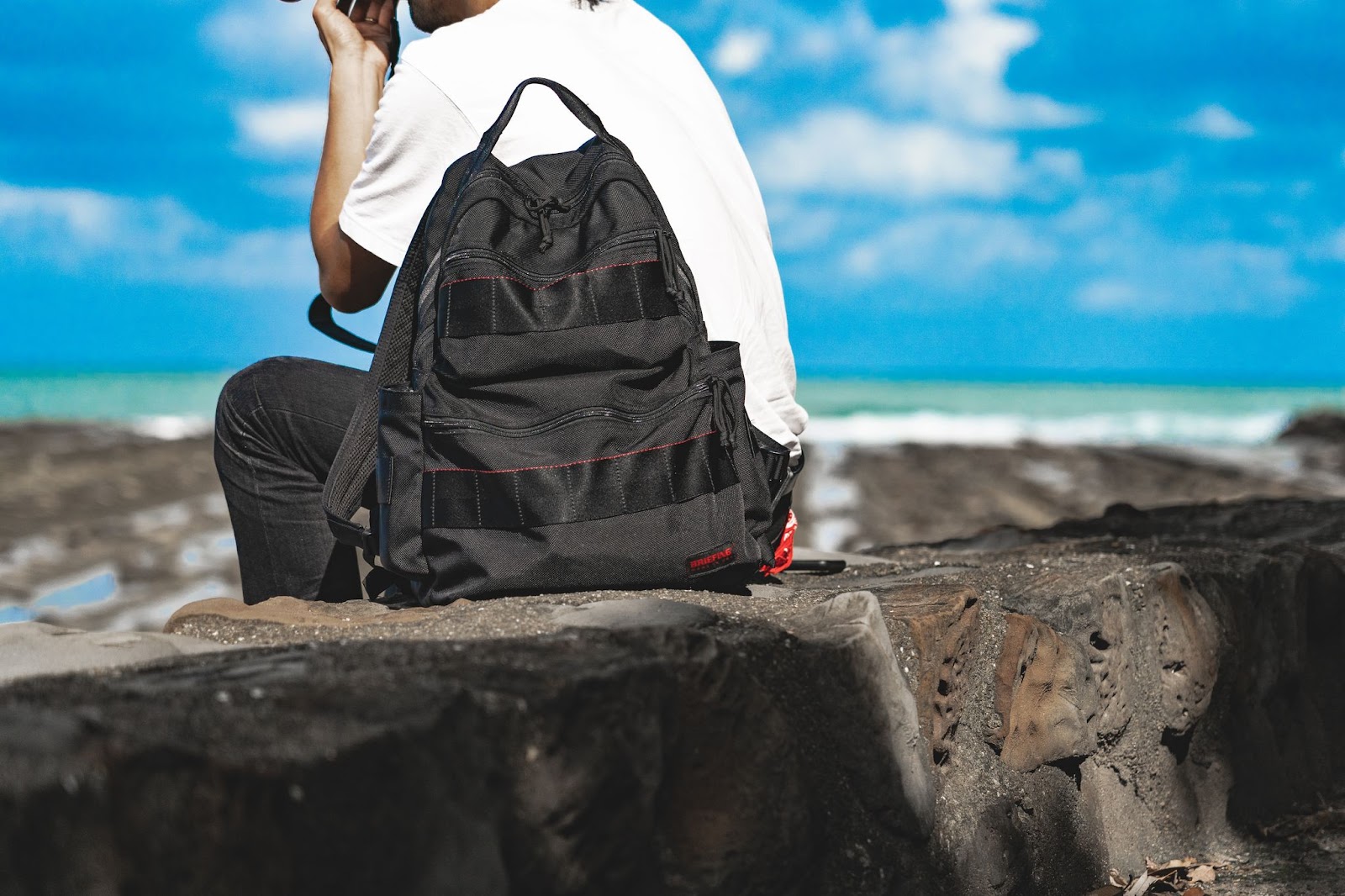 Although things are different in Japan and the US, BRIEFING stands by the Made in USA concept, probably for the same reason Takeshi Ohfuchi's Post Overalls, Daiki Suzuki's Engineered Garments of Nepenthes N.Y., and Yuki Matsuda's Yuketen adhere to the same idea.

The focus on the selection of the production base seems to come from Nakagawa's strong commitment to continue a manufacturing business based on the craftsman culture, background, materials, machines, techniques and people which are unique to each and every country. This is also supported by ambitions and dreams that are completely opposed to the cost-focused method that rushes easily to find a solution by relocating production to Asia where labor costs are cheap. “I often think about what we could achieve if the product were made in the USA, Italy, England, France, or even in Germany. What an interesting thing we could do. I was able to prove, by establishing BRIEFING, that my dream was not just a dream. I want to develop another attractive original brand in collaboration with those excellent factories and talented craftsmen and women that reside in other countries, or develop another brand that I can proudly introduce to the world. 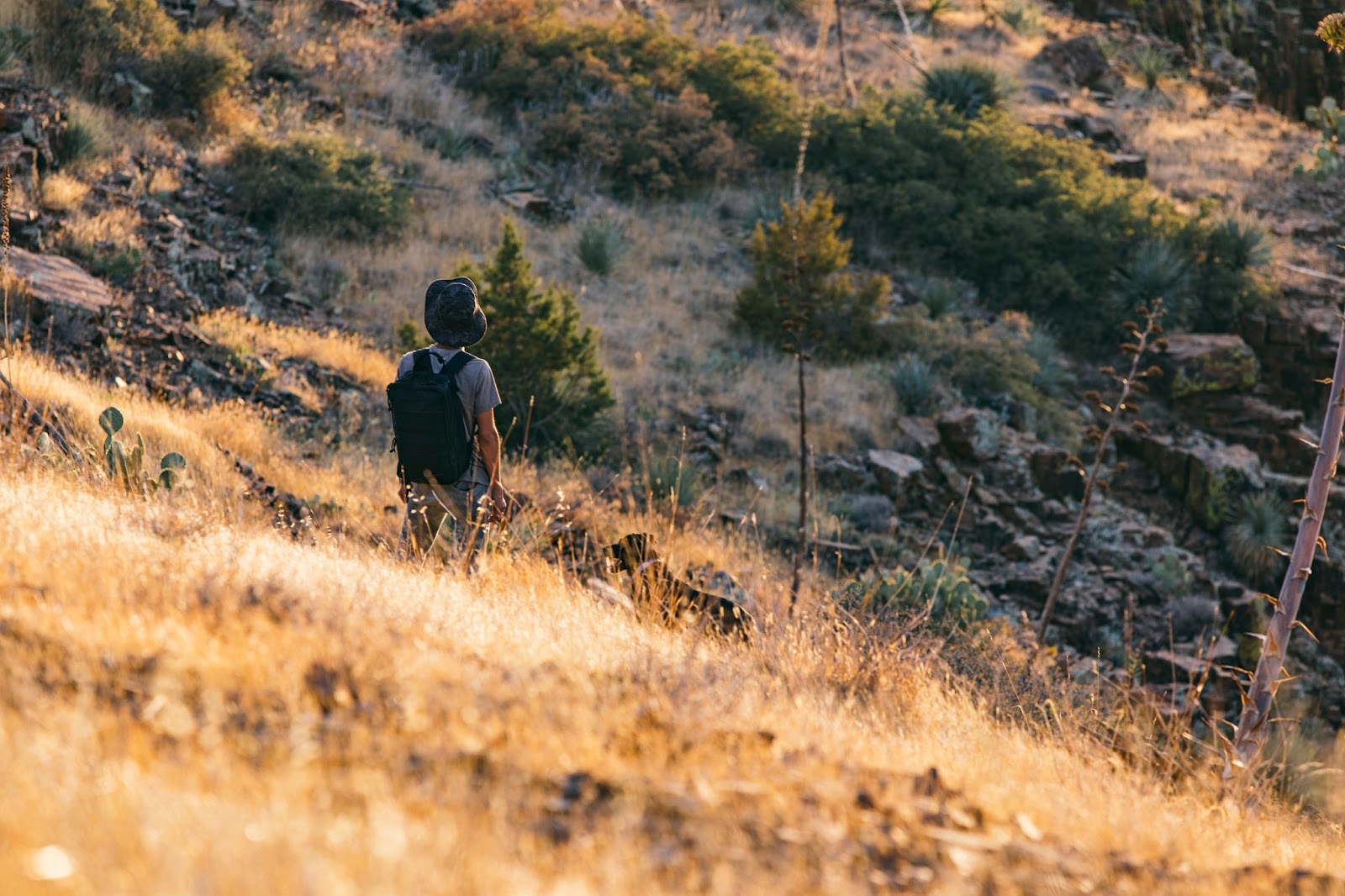 Nakagawa's words flashed through my mind when he told me, over a couple of drinks, about his future plans, his dream and ambition, about 5 or 6 years ago.

To conclude, I would like to touch upon the BRIEFING brand's expansion in the US. BRIEFING items went on sale and became quite popular at the “Ron Herman” Boutique a few years ago, a leading multi-brand shop on the West Coast. In 2010, Ron Herman opened the MELROSE LUGGAGE STORE in one corner of Fred Segal where the Ron Herman Boutique was also housed. The MELROSE LUGGAGE STORE specializes in luggage and accessories, carrying RIMOWA and COMME des GARCONS, in addition to BRIEFING. Moreover, as the well-known M5 in the apparel industry became the US agent for BRIEFING, more stores in N.Y. are now carrying BRIEFING bags. Bags designed by Japanese designers - who admired America as youngsters and manufactured at an American factory are used by American people - BRIEFING is making this dream come true.

Jun Yamaguchi, the writer of this column, passed away from a long suffering illness after having completed this piece. Recalling his achievements and contributions, we wish to extend our most sincere condolences on his passing.